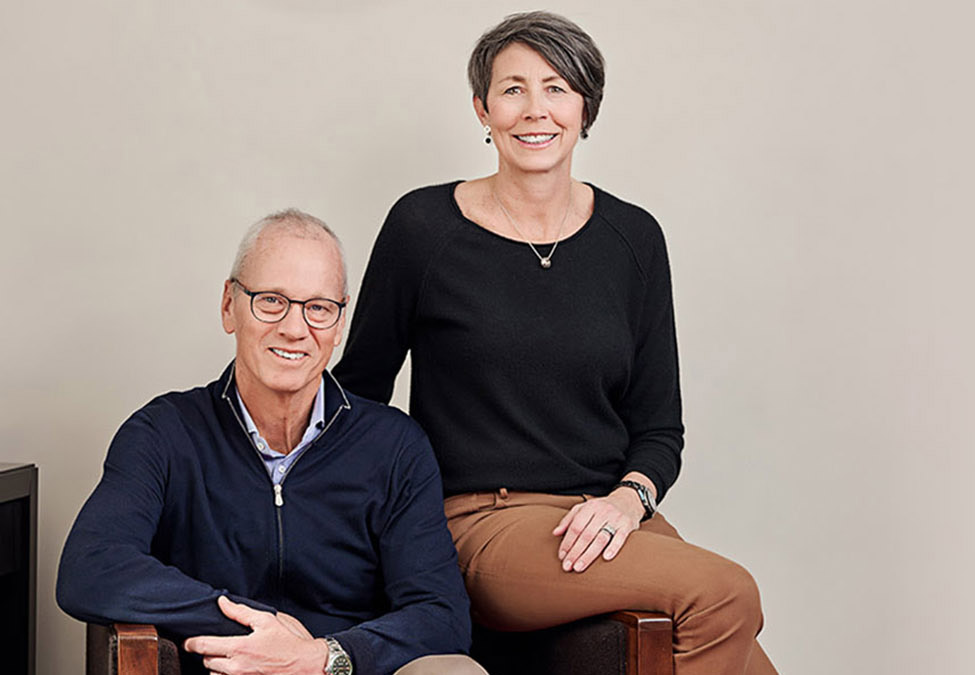 “We hope that our gift will help be a catalyst for others to follow our lead.” — Rob Ashe and Sandra Herrick

“We hope that our gift will help be a catalyst for others to follow our lead.”

When Rob Ashe first began volunteering with the Civic Foundation back in 1995, he and his wife, Sandra Herrick, never could have imagined they would be part of a vision to transform healthcare for generations to come.

Now, with their donation of $10 million to The Ottawa Hospital, they hope to have an early and direct impact on the success of the most ambitious fundraising campaign in Ottawa’s history.

The $500-million Campaign to Create Tomorrow sets in motion a vision to transform how the world delivers healthcare — by building the most technologically advanced hospital in Canada and taking groundbreaking research and innovation to unprecedented heights.

This incredible donation is part of the $216 million raised to date.

Rob and Sandra have been long-time supporters of the Ottawa community, actively supporting the YMCA, the Boys and Girls Club, the Dom Herrick Entrepreneur in Residence at the Telfer School of Management, and various mental health initiatives. So it was an easy decision to support the Campaign to Create Tomorrow — both through Rob’s role on the campaign executive and through their donation — knowing it will attract a new cohort of healthcare experts to Ottawa and ultimately strengthen critical services like acute mental health care.

From his time at Cognos and IBM to joining the board at Shopify, Rob knows better than most the importance of investing in people. With their gift, Rob and Sandra are making a significant investment in the people of The Ottawa Hospital – some of the brightest minds from around the world.  And in turn, this investment will help benefit countless people in their community.

Thank you, Rob and Sandra, for your extraordinary generosity, your volunteerism, and for joining us as we transform the future of healthcare for generations to come.

About the Campaign to Create Tomorrow

The Campaign to Create Tomorrow is the largest fundraising campaign in our region’s history. It will help fulfil the most ambitious vision ever for the future of The Ottawa Hospital, focused on four critical pillars.

Discover how this $2.8 billion, world-class academic healthcare centre will push our hospital to the very top tier of healthcare and research worldwide.
Learn More

See how we’ll become the most technologically advanced hospital in the country, using the latest tools to provide the right care in the right space with the right provider.
Learn More

Through our unique collaborative model of clinicians and researchers working side-by-side, we will bring groundbreaking discoveries to patients in Ottawa — and around the world.
Learn More

From trauma care to cancer advancements to neuroscience, we will strengthen our critical services for patients across the region.
Learn More

Taggart Parkes Foundation helps shape the future of Ottawa with a $10-million donation
With an almost 75-year history in the city, the Taggart Group of Companies has become an award-winning builder, demonstrating their unique ability to create enduring structures and communities — turning empty fields into welcoming, walkable, liveable communities.

Now, with a $10-million donation to the Campaign to Create Tomorrow, the Taggart Parkes Foundation is once again investing in our communities, in our future, and their support will not only revolutionize healthcare but will shape our city for generations to come.
Creating Tomorrow, Donors

With a mission to be an impactful force of good and to serve communities that encounter economic and social limitations, they know a better future must be a healthy future.
Creating Tomorrow, Donors

Remembering philanthropist Shirley E. Greenberg
Shirley E. Greenberg, passed away on Wednesday, May 25, 2022. Shirley was a long-time champion of healthcare in our city, not only here at The Ottawa Hospital, but also The Royal Ottawa, the Queensway Carleton Hospital, and more.
Donors
Sign up to receive updates on the transformational care taking place right here at our hospital, inspiring patient stories, and the latest research discoveries impacting healthcare for you, your loved ones, and our community.
This website uses cookies and other tracking tools to offer you a better experience. Disclaimer & Privacy Statement Accept
Privacy & Cookies Policy